Difference between revisions of "DUDE" 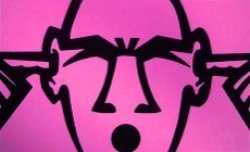 This is the Wiki Page for DUD-E or (we like to call "DUDE"), a Directory of Useful Decoys - Enhanced. DUD-E is on the web at http://dude.docking.org.

This page contains documentation, FAQ, and may be used for posting errors and omissions in DUD-E, and also for commenting on the database's design and usefulness.

DUD-E is an enhanced and rebuilt version of DUD. DUD-E is designed to help benchmark molecular docking programs by providing challenging decoys. It contains:

Differences between DUDE and original DUD:

First, you may not need any of these files. They are provided in an attempt to be completely transparent, but the "all" files linked on the DUDE website contains the files you should need: receptor, crystal ligand, actives (isomeric SMILES, mol2 and SDF) and decoys (same three formats)

The file formats are as follows:

DUD-E is a research tool which we have tried to make as useful and as correct as we know how. We will endeavor to put right any problems promptly, as best we can. We have also answered some questions below:

Q1. How duplicates are removed

In the paper, you said "We then remove duplicate decoys from the ligand set by sorting decoys from least to most duplicated and assigned each decoy to the protonated ligand which has the least number of decoys already assigned." I don't know which molecules you considered as duplicates, and how to define and calculate the similarity. Please explain!

Decoys are uniquely identified by their ZINC protonation ids. We ensure that a particular protonation id (prot_id) is only assigned to one ligand of a given target.

The effect is to spread the decoys as evenly as possible among the ligands they could belong to.

I have noticed some weird residue labeling in the PDB files on the DUDE website, what is that all about? e.g.

These are the actual preparations we used in DOCK itself. As explained in the paper, many of the targets have been enhanced to help docking performance. The non-standard residues most typically change the partial charges, which is used for metal-coordination and dipole "tarting". See docking/grids/prot.table.ambcrg.ambH in that targets directory for how the residue is being interpreted.

These are not errors, and represent over 6 months of work to improve DUD-E for DOCK. Some of these improvements are likely transferable to other docking programs (waters retained, ASN flips, etc.). The original PDB code is provided if trying to translate this information to another docking protocol is too much of a hassle.

The funky names help to make our manual intervention explicit and transparent.

In a number of decoy sets there are duplicate ids. So, for example, the decoys in try1 contain

Where the same id refers to the different stereochemistry. My question is why was this design decision taken (to have both in the decoys file)? Perhaps a single entry with undefined stereochemistry at the differing position might be an alternative, or if two entries have different stereochemistry because they can be synthesised that way a suffix in the id would have been helpful "C02343192_1", "C02343192_2". Taking the representation in ZINC (in this case the bottom one) is also another possibility - but then where does the top one come from?

A3. Answers on duplicate IDs

The uniqueness of decoys is enforced at the level of protonation ids. At the time it was generated, there were 2 protomer ids for that zinc substance id.

Only the second protomer remains now. So this was an error in ZINC that was later fixed. I expect these kinds of source errors to show up in both ChEBML and ZINC.

I understand your protonation explanation -- but what is unclear to me is that the difference in my two examples is stereochemical and not regarding protonation state (so why do these structures have different protomer ids?). Your explanation applies to the following example decoys in decoys_final.ism in the try1 directory:

These have different protonation states of which only the bottom one is found in ZINC (http://zinc.docking.org/substance/39363328). Will these entries be cleaned up from the dataset (and possibly only the molecule in its physiological protonation state be kept) ? Or is this "by design" ? Isn't there the risk of having an "analog bias" effect if you keep both these molecules? I have attached the full list of duplicates found in the current decoy sets, just in case you are interested in following this further. (long file...)

For the decoys, we only ask ZINC for the single best representative at pH 7.05. So, when it gives more than one protonation state this is an error in ZINC itself, as the molecule had multiple versions of this "reference" state. The ones with the steriochemistry change are only that much more broken.

In the grand scheme, using your list there are only 1521 of these duplicates out of 1.4 million decoys (~ 0.1%), which actually means that ZINC has a much better error rate than in the past. My inclination is to leave it alone, but possibly document the duplicates as arising from errors in ZINC. If one wanted to fix this, the intermediate data is usually there in the raw ligand sets to fill in these decoys with others that don't have this problem (in the .filtered files).

Q4. The receptor structure is not the same as in the PDB. Why?

I noticed that in the ace receptor.pdb structure some residues are missing compared to the original 3bkl.pdb. I am sure this won't influence docking results but nevertheless: is there a reason for this or just an artifact which happens in all big databases?

A4. Why receptor.pdb is not the same as the PDB file

We know you can go to the PDB yourself and get the original structure. receptor.pdb shows you exactly, atom by atom, the model that we used for docking. In some cases, we have made some judgement calls to remove solvent, or even atoms distance from the binding site that are too far away to affect docking. For instance, we often remove atoms further than 25A away from the binding site. You are welcome to go back to the PDB to get the original structure.

This space is reserved for community users to comment or discuss DUD-E. Please feel free to use this resource to communicate with other DUD-E users. You may also write to the authors, and we may then adapt our correspondence into an entry on this page.