From DISI
Jump to: navigation, search

This is for a Linux environment and the scripts assume that you are running on SGE queuing system.

set up directories and get databases

This python script will download the dockable db2 databases from the autodude webpage.

note that the scripts expect the name to be decoys.ism, so we changed the name.

First we need to get our protein of interest from the protein databank (pdb). We will typiclly use a receptor with a ligand bound as is the case for pdbcode 2HYY, which is the Abl kinase domain in complex with imatinib (STI571, Glivec).

Note, in the following scripts, that DOCKBASE is a environment variable that point to the DOCK3.7 code. e.g.:

Note, if you get an error ImportError: No module named Bio.PDB, then install the biopython as followed:

Note that the "#" symbol denotes a comment to explain what the script is doing.

running 0001.be_balsti_py.csh will run a script that comes with dock called be_blasti.

issue the following command to run the script:

It will do the following

Note that you will need to have msms on you system.

check to make sure that the right ligand was selected and the the residue is not missing anything of importance. If this automatic procedure has not prepared these files correctly, then modify them.

Visualize them with chimera or an alternive visualization program like pymol. 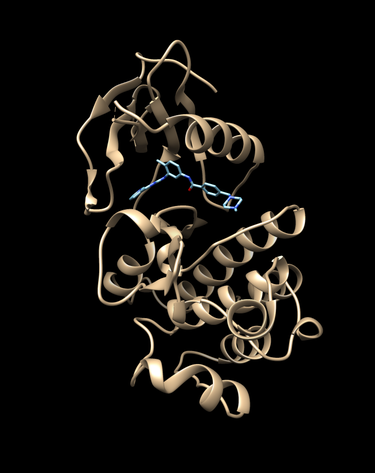 Write (paste what follows) the following script using a text editor like vi. This script creates the files necessary for docking including the spheres (for orienting the ligands/decoys) and grids (for scoring the ligand/decoy poses)

WARNING: if you copy and pasted the script make sure there is no space before the "EOF"; this is because "EOF" designates the "end of file" for the cat command, if a space is there it wont stop cat'ing.

Alternatively, use the following simple cshell/awk script to convert spheres to pdb format:

This command statement will write the commands script to a file called sphere2pdb.csh. Make sure there is not space before the second EOF (end of file) above. To run the command: 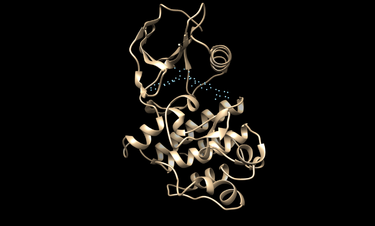 The spheres generated from blastermaster.py in relation to the receptor.

The box used for scoring can also be visualized in chimera with the following command: 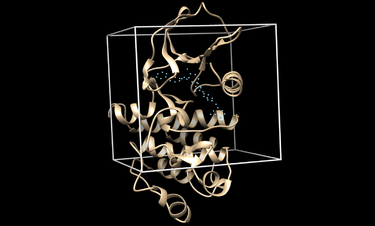 The spheres and box generated from blastermaster.py in relation to the receptor.

Here is the new recomend script that uses the preexisting submission infrastructure of DOCK:

The script at the following location submits a single job as an array job, ie one script is submitted, but many task are run, where each task is a separate chunk:

The following script has advantages in that it is a very intuitive script -- every db2 chunk has a qsub script that is submitted to the queue.

If you decide not to use the methods linked to above then write a file called 0003.lig-decoy_enrichment.csh

Write this file as 0004.combineScoresAndPoses.csh. This script combines your docking runs (for ligands and decoys) and stores them in the extract_all.txt file. It also creates a .mol2 file containing all top scoring poses for each ligand/decoy.

Note that if you used the alternative (which is preferred) submission in the above step, then you will need to modify the directory structure in the below script. 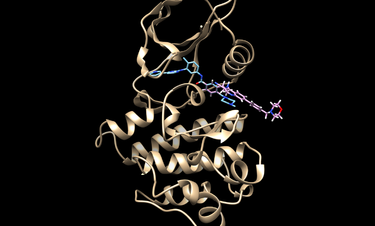 The pose generated from a ligand (purple) docked to Abl1 compared to imatinib (blue). 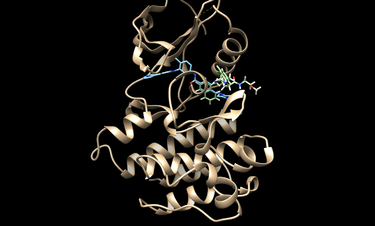 The pose generated from a decoy (green) docked to Abl1 compared to imatinib (blue).

Make sure that you are using a version of python that has matplotlib/numpy/scipy modules:

For Shoichet user source the following:

Also, if you are running the processing script remotely make sure to use X11 forwarding by including a -X in the ssh command. eg:

The ROC plot for ligands and decoys docking to Abl1 looks like this: 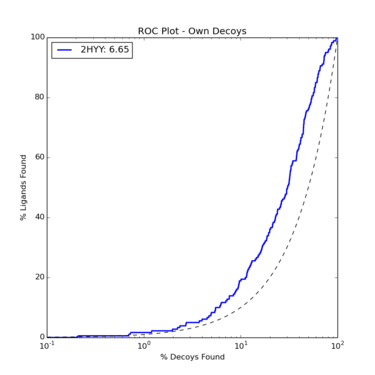 The ROC plot generated for the ligands and decoys.

This shows poor enrichment, though it is better than random (indicated by the dotted line). This is to be expected as docking to kinases is notoriously difficult. Two changes to our procedure would be to delete some of the spheres to focus docking on a particular region of the protein we are most interested in, as well as increasing the polarity of the hinge region of Abl1 to allow for more hydrogen bonding.

The docking could be potentially improved by modifying the spheres and orienting the ligands/decoys to only those spheres within the hinge region of Abl1. The following image show modified spheres: 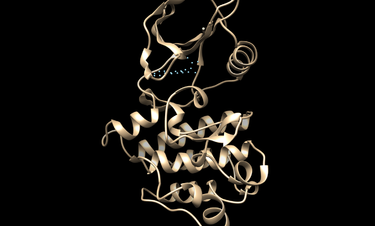 To modify spheres: first, convert them to pdb format; then, visualize them in your favorite program (pymol, chimera, etc.); then, delete, move, or add atoms to this file; and finally convert it back to the sph format.

As discussed above [[1]], you may use doshowsph.csh to convert the spheres to pdb format.

Here is the program that will convert a pdb file into a sphere file (this program take 2 inputs: name of pdbfile to convert and the name of the sphere file that you want to create.).

This part of the tutorial is tailored for shoichet lab use. An outside user of dock might need to deviate from what is described.

Go to zinc and select your compounds of interested:

This is the tranches page which allows users to select the region of chemical space of interest.

on lets download the index file. This file contains the location of each database on our cluster. outside users will need to download the databases themselves.

now lets setup the directorys for docking by running the following script:

The file /nfs/work/tbalius/database_ph4/frags.txt should be changed to that you downloaded from ZINC.

The above script has 5 parameters:

(1) path where directories will be located (present directory);
(2) prefix name of the directories;
(3) the file that contains the db2 files locations;
(4) the number of directories to be created; and
(5) the type of run: count (evenly distributes the db2 file among the dirs, this is much faster than the other options), size (It will try and make the directory of equal size), or both (will try and satisfy both criteria).

Note that this script is avable in later beta versons of DOCK3.7.

This script will submit a job to the queue for each of the docking directorys created by the setup script.

DOCK3.7 is a serial program and is parallelized by submiting many serial jobs to the queue.

After your docking jobs have all completed, This script will combine all your results into an extract_all file.

This script will create a mol2 file with the top scoring molecules:

Typically we will visualize the ligands in UCSF Chimera using the veiwdock tool (using the DOCK4, 5, or 6 format).